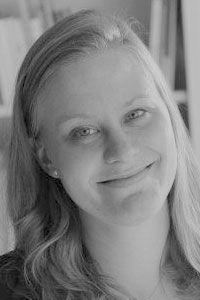 Having a background in Spatial Planning from the TU Dortmund University  and conducting a PhD in Geography (FAU Erlangen-Nuremberg), my research focusses on the crossroads between these disciplines and European Studies and Political Sciences. More concretely, my research profile includes aspects of political and economic geography, planning theory, border studies as well as European and regional development. Conceptually, I am particularly interested in questions of power (re)allocation, reterritorialization and (re)scaling with a focus on processes in contemporary European territorial cooperation and policy diffusion.

In my PhD and my diploma thesis, I have developed a strong expertise in macro-regional cooperation which can be summarized as follows: 1) governance of macro-regional strategies, 2) stakeholder’s perspectives towards the implementation, 3) the (future) role in the EU,  4) forms of European Integration, Europeanisation and processes of rescaling in European policy-making, 5) new soft spaces – macro-regions between territorial and relational spaces.  I developed a regional expertise in the governance structures of the EU Danube Region Strategy, the EU Alpine Region Strategy and the North Sea Region 2020 Strategy. Questions of transport and navigation were in the core of my work.

I further analysed the opportunities of the use of the new EU governance tool of European Groupings of Territorial Cooperation.

In several research projects, I have further worked on issues of urban monitoring.  More specifically, I am interested in university cities, which undergo processes of major transformation. Exemplary, I can name the reallocation of the University and Siemens in Erlangen towards the new “Siemens Campus”.

Summary of research on EU macro-regions

Franziska Sielker scientific work on macro-regional strategies and in particular the Danube Region and Alpine Region encompasses a variety of activities since her Diploma thesis on the Danube Region Strategy in 2012 and her ongoing dissertation (see above). Since then Franziska Sielker has published widely on macro-regional cooperation and the Danube Region Strategy in the fields of human geography, regional development and spatial planning. Her continuous research focusses on questions of governance, Europeanisation and European integration, and in particular on the role of macro-regional strategies in European policy-making. With regard to the Danube Region, her focus lies on the stakeholders’ involvement and the rescaling processes in the fields of navigation and transport.  Apart from her individual research, she coordinates the Danube Strategy Research Network, which is an informal network of researchers from all fields of Humanities and Social Sciences (together with Katja Vonhoff). Her research activities on macro-regional strategies can be summarized along five strands. The three empirically informed strands consider the governance of macro-regions, stakeholder’s perspectives and the role of MRS in European territorial cooperation. In her two conceptual approaches, Franziska Sielker reflects the rescaling of political competences and the implications for processes of European integration. Empirically the work is based on more than 50 interviews and the participation at various macro-regional events as well as a questionnaire.

With macro-regional strategies, a new type of cooperation arose in the EU, with four macro-regions being implemented in the Baltic Sea Region (2009), Danube Region (2011), the Adriatic-Ionian Region (2014) and the Alpine Region (2015). Each macro-region is governed differently. Franziska’s first studies identified and described the governance structure, and in particular, she reflected on the different understandings and positions of the actors with the Danube Region.

Following these works, the macro-regional governance consists of a political decision-making level at which the overall strategy, its contents and implementation are negotiated and decided upon. This includes the European Council, the High-level Group, the European Commission and the National Contact Points. The EUDRS is organized in 11 Priority Areas (with PA 1 transport being separated into navigation and overland transport). The National Contact Points together with the European Commission responsible for monitoring identified binational coordinating teams for each of this thematic cooperation. Steering Groups and Working Groups support the coordinators. Together they link the diversity of activities with the funding programmes and the strategic goals. The Steering Groups are responsible to first, set the overall targets of the different thematic areas and second, seek the political commitment towards these activities in their national contexts. Since 2014 a Danube Region Strategy Point was set up at the representation of Baden-Württemberg to the EU in support of the work of the Coordinators, European Commission and National Contact Points.

Apart from providing an overview of the governance arrangements, the main findings show first that a wise steering of governance and timely adjustments are highly important to the dynamics of macro-regional cooperation. Second, the Priority Areas rely on a range of different policy fields, in which the tools, instruments, projects, funding schemes as well as the cooperating stakeholders differ. Hence, apart from many voices calling for harmonisation, Franziska more calls macro-regional cooperation to reflect these diversities without necessarily arguing for harmonisation. Only if macro-regions are able to adapt to the different needs, the cooperation is esteemed to be useful.

The second strand of research questions the stakeholders’ perspectives towards the EUDRS, particularly focusing on the added values, the challenges and stakeholders’ considerations of a successful strategy. This work is closely intertwined with the above described governance arrangements. The two main contributions focusing on this are the diploma thesis (2012) and the analysis of a questionnaire focusing on stakeholders’ interests in cooperating in the Danube Region conducted at the Danube Annual Forum. The questionnaire was conducted jointly with Katja Vonhoff in the context of the Danube Strategy Research Network with kind permission of the Danube Region Strategy Point and the Land Baden-Württemberg. A policy briefing resulting from this questionnaire is in preparation and scheduled for 2016.

Franziska’s work has shown that in the initial years, stakeholders were mostly interested in network building.  The Priority Areas aimed at identifying common ground for cooperation. In the initial years, stakeholders were rather skeptical of the possible outcomes of the cooperation and more curious than filled with many expectations. The results of the questionnaires in 2015 show that the networking component is still a very high influence. However, the overall expectations now includes first, influencing political agendas and second, obtaining or better steering (EU funded) projects. Generally, the idea to either initiate, prioritize or support macro-regional projects is currently the main consideration of stakeholders in the Danube Region.

The third strand reflects on the macro-regional strategies’ role within European territorial cooperation (ETC). In this context, macro-regional cooperation is seen as part of a place-based approach as introduced to ETC with the Barca-Report. Macro-regional strategies reflect this shift, and they are likely to influence policy-making in this direction. She analyses contemporary styles of ETC under the place-based narrative by identifying characteristics of macro-regional cooperation. Drawing on empirical studies in the Danube, Alpine and North Sea regions, Franziska shows that stakeholders’ primary rationale for getting involved is the opportunity for agenda-setting, and the intention to evoke changes in debates and in other stakeholders’ influence. The main argument is that macro-regional experiences reveal a crucial dependency on relatively strong stakeholders. With the introduction of the term ‘stakeholder-based’, the research wants to draw attention to the importance of stakeholder settings in these new forms of ETC. One conclusions is that approaches to regional policies would need to acknowledge the regional differences of stakeholder settings more explicitly, and highlights the need to better acknowledge the implications for political transparency and relative power in agenda-setting.

The changes macro-regional strategies are bringing to the regional-institutional settings are not yet fully visible and remain subject to investigation. One of the main developments in the Danube region was the adjustment of the South East Europe programme to the Danube region. Many organizations change the scope of their activities to the macro-regional aims. Another finding is that the sectoral communities are gaining importance.

This fourth strand questions the processes of European integration that macro-regional cooperation represents. It does so firstly, by analysing macro-regions under the lens of the ‘big’ theories of European integration and interprets it with regard to Europeanisation. Secondly, the research questions what processes of rescaling occure due to this type of cooperation.

The research puts into question that macro-regional strategies could develop as a level with political competences, albeit the broader debate has discussed macro-regions as a potential new “state”-level in the early years. Despite some dynamic with regard to the diffusion of power, authority and legitimacy to other government levels and actors over recent decades in the areas where the macro-regional strategies have been developed, the role of the nation-state remains crucial. Nonetheless, the importance of international organisations and regimes on the one hand and transnational and subnational actors on the other hand has increased. At the backdrop of different conceptualisations of Europeanisation, Franziska’s research positions territorial cooperation initiatives mainly as a top-down influence. Europeanisation mostly has effects on shifts between different scales. This can include the rescaling of policy-making agendas, processes, networks or powers or it can include the rescaling of policy ideas, narratives, norms or justifications. These processes mostly have a territorial dimension.

The research concludes that processes of rescaling are different in each macro-region and in each thematic field. Most prominent alongside all thematic fields and macro-regions are however rescaling processes in terms of actor-setting involvement in policy-making processes (e.g. through the involvement of international organisations such as ICPDR, HELCOM or Via Donau). Governance and policy arrangements are complementing existing structures and elements rather than replacing institutions, and mandates. In another paper, Franziska Sielker contraposes macro-regional strategies in the light of European integration theories, highlighting that these developments consolidate intergovernmental European cooperations in contrast to a further supranationalisation.

With the development of macro-regional strategies, a new type of territorial cooperation arose in the EU. The research reflected on macro-regions as ‘soft spaces’. These are in contemporary planning literature described as spaces where the ‘hard spaces’ of government overlap with various kinds of networks and impacting the spatial governance.

This research shows that macro-regions, initiated by Nation States and thus following mainly a political logic, shows important characteristics of the concept of soft spaces. It argues that the governance-structure is fuzzy in a vertical, horizontal and geographical dimension. Moreover, Franziska shows that there is a variety of possible gateways macro-regional cooperation can take, and that through macro-regions European cooperation increasingly draws upon ‘soft borders’. More broadly, the work done shows that the new spaces of European territoriality are characterized by, first, temporal dynamics, second, their parallel existence with ‘hard’ spaces, and, finally, they can be employed as a political tool.