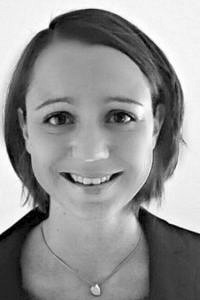 Rescaling Processes in the European System for Geographical Indications

This political and economic geography project analyses rescaling processes in the European System of Geographical Indications. It follows predominantly politico-scientific Europeanization studies as well as various studies on regional products and food quality.

First of all I want to get a “Big Picture” of how the GI system works on different scalar levels. That means, on the one hand, getting a better understanding of how the GI system was introduced and how it has developed in the internal market (while including the way in which it has been influenced by developments with the external market such as their recognition as intellectual property rights under TRIPS, or bilateral free trade agreements). On the other hand, I want to write four case studies about the way the GI system has been implemented on the regional level (Bavaria). These case studies will be in line with the European GI regulations, meaning: food (Reg. (EU) No. 1151/2012 – example: Bavarian Beer PGI), wine (Reg. (EU) No. 1308/2013 – example: Franconia PDO), spirits (Reg. (EU) 2019/787 – example: Bavarian Mountain Gentian GI) and aromatised wine products (Reg. (EU) No. 251/2004 – example: Nuremberg Mulled Wine PGI).

Conceptually, this study is based on the understanding that the interconnected processes of European integration and Europeanisation, including in the area of regional foods, lead to a shift of competences in the European multi-level system. These rescaling processes are examined in terms of (1) the regulations and resource distributions they address, (2) the players and motivations behind them, (3) which discourses are conducted and (4) which context they originated in or by which path dependencies they were produced.

In line with the European Better Regulation agenda, the objective of this study is make the GI system more transparent and to better understand the political processes concerning the origin aspect of food in the multilevel system of Europe. The study will give information about the coherency of Bavarian, German, and European ways to support origin-based quality products. This will provide a better decision making basis for Bavarian producer groups as well as public institutions which are affected by the EU quality policy. Furthermore, the study will provide some new insights into how the GI system could be improved, modernised, simplified, and streamlined with the Common Agricultural Policy (CAP post 2020).